TBY at the World Savers Congress 2007 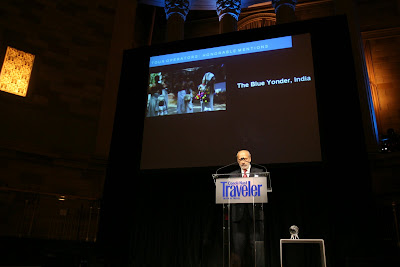 Honourable mention for The Blue Yonder as Responsible Tour Operator from 2007 Conde Nast Traveler World Savers Awards . The person handing out the award is, Louis D'Amore, head of the International Institute of Peace through Tourism.The award was given on the 10th of October at the World Savers Congress 2007 held at Gotham Hall in New York City. 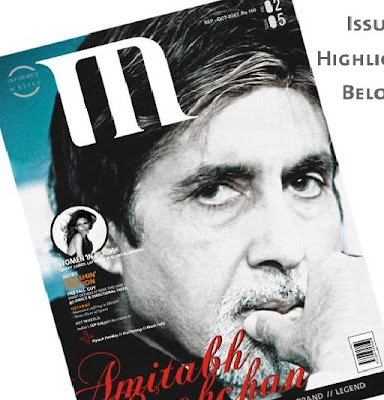 "Captain Lukose Francis stands like a cocky rooster on the riverbank, life jacket puffed out over his already substantial chest, surveying with imperious authority the crowd that has come down to gawk at the light-skinned cargo now unloading itself, none too gracefully, from his ship."

This is how travel writer and friend David Stott shares his experience of three days he spent with us during Monsoon. The article is part of the "Rediscovering India" series he is writing for the M Magazine. It's so well written, and I feel how connected David was to the holiday we had organised for him.

" When your feet are braced against bamboo struts to prevent them being crunched by underwater rocks, and when even the gentlest rapid can sloosh up between the tubes to give your nether regions a good soaking, there's a strangely joyous sense of not just floating along a river, but actually getting down and dirty and in it..."

"It becomes evident over the course of the trip that the Bamboo Pearl would make a perfect raiding vessel. Several times we sneak out from behind a rock or a clump of trees to surprise a half-naked woman standing in the shallows beating her clothing; one woman reports that she's seen a raft like ours once before, when real-life pirates swooped in and stole all her ducks..." 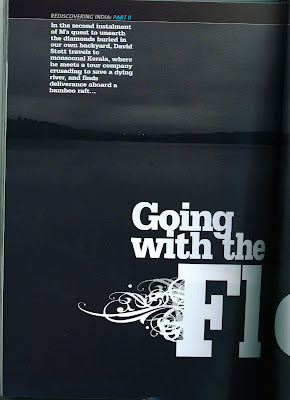 He continues in a section called "Culture Cruising", "Torches flare in the dying twilight, casting an orange glow over the ferocious figure of the demon Dharika, dressed for a battle in black war paint, serrated brass moustaches guarding his cheeks, and spotting pointed bra cups that call to mind a Malayali Madonna. Squaring off against him, resplendent in a crown feathered with palm fibre arrows, frilly pink shoulder pom-poms and a metre-long beak, stands the mighty Kali..."

M Magazine is published once every two months and is available in leading book shops in India. You can also subscribe to it on their website.