My space and yours - Irresponsible tourists 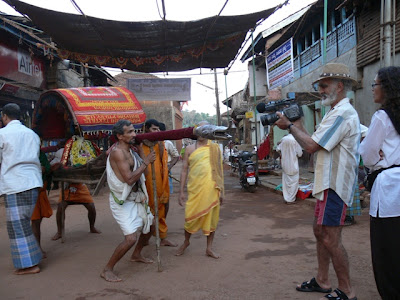 Irresponsible camera crew. They had no respect absolutely, just chasing their 'objects'. There were many moments when his video was literally inside the palaquin! pic © Jayakumar - www.thanal.org

Full moon in Gokarna is simply unbelievable. Pristine sand, silver waves and absolute silence. It looked like everyone was just inhaling the nature at its best. View from the shacks on Om beach, it was picture perfect, Quite breath taking.

In the town though, the local communities were all dressed up in their colour Saris and Dhoti's waiting anxiously with prayers in their lips for the decorated palanquin of the temple to come to their doors. On any other day, Hindus go to the temple to worship the idol of Shiva. Full moon is when the temple palanquin with Lord Shiva's idol is taken in short processions accompanied by percussions.

Though we were walking through the main temple streets, we slowed our pace, maintained our respectful distances from the worshippers. I was especially immersed myself in the 'atmosphere', rituals and the devotion of the community. One of those magical moments one can find only in places like Gokarna.

From that distance I was all happy observing the young and the old, doing all they can to sustain their tradition of more than many thousand years. All of a sudden, there was a camera crew literally recording every single move , every frame as it was physically possible. The lady producer was giving commands to her cameraman in her South American accent, “not to miss a thing”! The camera man with his cowboy hat and a recorder started literally chasing the small group carrying the pallaquin on their shoulders. The camera was so close to their faces, violating all boundaries of personal space and social respect.

I don’t think I will ever forget the expressions I saw running through face of the locals. There was sadness, disdain, helplessness. They just wanted to be left alone; they wanted to go on with their rituals, their lives. The foreign crew was all over them, juggling, moving to get the closest shot as possible.

I just couldn’t take it any more and approached the foreign woman requesting to be a bit more responsible. “Please, show some respect, kindly keep a distance, let them do their prayers in their privacy and ask your colleague to take the video camera away from the face of the priest.”

Though her first response was “Shhh..You are interrupting the voice recorder”, she apologised a bit later probably for the sake of avoiding a verbal confrontation with a “local”. I explained that we were also travellers in Gokarna and its our responsibility to ensure that we don’t ‘encroach’ into their personal, religious or spiritual life as we feel like.

While the women (even after being irritated by my interference) was at her diplomatic best, the cameraman was at his peak of arrogance. “Whats your problem? None of these people have a problem in me shooting their idols or faces. You are the only one who seems to have an issue here!” 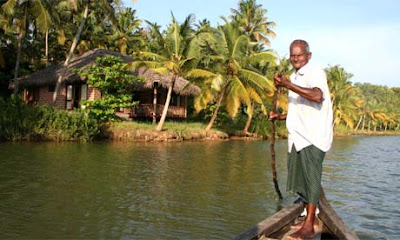 "As rapid development threatens to dent Kerala's reputation as an eco haven, Kevin Rushby meets the greens fighting to preserve the traditional way of life" The Guardian, Saturday January 12 2008.

Fragrant Nature, Marari Beach Resort, Friday's Place, Ayurveda Mana and The Blue Yonder is mentioned. One or two facts are misplaced, and the there are no direct links to our website anywhere. But when the article is covered in a website that is ranked in the top 700, and is one amongst the most read online news papers in the world, you don't complain much.

The Blue Yonder is featured under 'The Best Cultural Breaks in The Guardian Travel'. 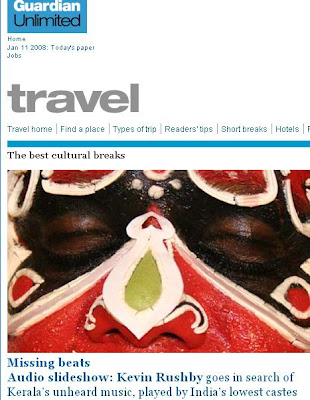 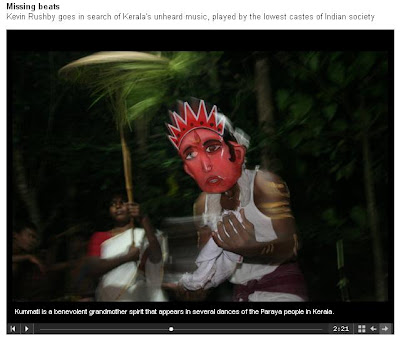 Click on the above pictures to listen to the music. Unfortunately the last slide has our website spelt wrong!! its http://www.theblueyonder.com/ and not blueyonder.com :( 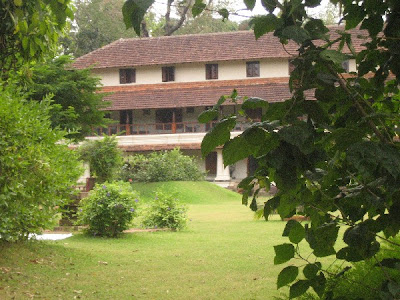 Many hundreds of years before this was only a granary of the palace!

'Poomulli Mana' and 'Aaraam Thampuran' was always part of the legends we grew up with. It's a shame that I never ventured to the 'Mana' until we started The Blue Yonder even if it was less than 30 minutes from my village in Alathiyoor. The Mana, considered to be a repository of local knowledge have seen many stalwarts, amongst whom the most famous was late 'Aaraam Thampuran', Poomully Neelakantan Nampoodiripad, who was also fondly called as the 'Lord of Knowledge'. 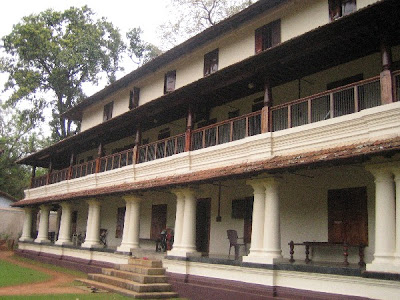 An authority in Sanskrit literature, Ayurveda, Toxicology, Paediatrics, treatment of elephants, Yoga, Martial arts (Kalari payattu), Astrology, Percussion (Viz. Thayampaka) and Kathakali to name a few, he is revered by thousands of families who have been touched by his knowledge at some point of time in their life time. 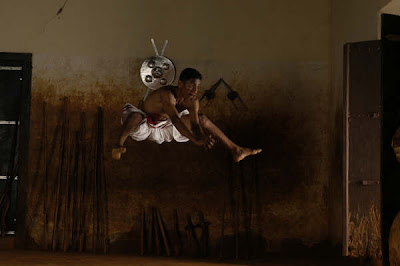 Once a palatial courtyard, Poomulli Mana has a history dating back to 500 years in a small village called Peringode along Bharatapuzha (River Nila) which literally became a knowledge centre because of its association with the family. The Namboodiri family's origin dates back to 900 years or so and were originally from 'Oorakam' of 'Peruvanam' village (one of the 64 ancient villages of Kerala). 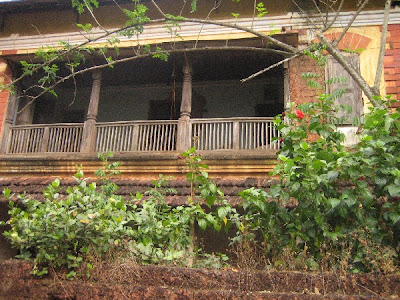 some of the old structures in the courtyard

Like what happened to many other historic properties in Kerala, most part of the Poomulli Mana was also dismantled because of the huge cost involved in maintaining the old structure. In late 80's and early 90's, many Malayalam newspapers like Malayala Manorama and Mathrubhumi and the English daily The Hindu had carried stories about the 'Grandeur of a by-gone era'. 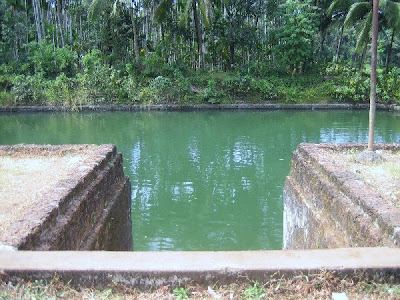 Old timers say that there were 4 ponds bigger than this inside the palace building itself!

If Responsible Tourism was in place at that time, may be this entire palace compound could have been saved and preserved as its done now with whatever little is remaining now. An entrepreneur Sajeev Kurup from Paithrukam Hospitality Services convinced the family run trust to look at health tourism as a tool to preserve the buildings which were in a state of decay.

The building that accommodates the present 'Ayurveda Mana' is an architectural splendour. For many of us from this generation, it's difficult to believe that this majestic building was used only as a granary (Pathaaya pura) !

I wonder how the old 'Mana' would have looked like!

One of the first members of The Blue Yonder Associates, Ayurveda Mana practices tourism that is environmentally friendly, socially and economically beneficial to the local people and culture. The place is now one of the major attractions for travellers visiting River Nila to understand its culture and heritage.