The Blue Yonder is the first Indian company to have partnered with Atmosfair to support its initiatives in carbon-offsetting. Following are excerpts from a conversation between Dr. Dietrich Brockhagen, the CEO of Atmosfair and Gopinath Parayil of The Blue Yonder.

GP: Atmosfair is known to be one of the most transparent carbon offset system available to fight against the green-gas emissions caused by air travel. How is the donation from travellers used for achieving this purpose?

DB: Donations from travellers are used to fund climate protection projects in developing countries and emerging economies. Atmosfair supports renewable energy and energy efficiency projects in Honduras, India, China, Sri Lanka, Nigeria and Thailand. As we are a non-profit organisation with very low administrative expenses, 90% of the donations in 2007 directly went to the projects.

GP: On your website it is mentioned that ‘The environmental damage caused by the flight cannot be undone’, so in what way does the carbon-offset initiatives help the environment?

DB: The best solution for the climate is certainly not to fly at all. However, if you have to travel over great distances, there are no other alternatives. Furthermore there is no possibility in asking the pilot to fly slower or in lower altitudes in order to reduce the climate impact. Therefore, your individual opportunities to act are fairly limited. For this reason we believe “If you have to fly, fly atmosfair”. If you cannot avoid producing greenhouse gas emissions, the second best option is, offsetting them by financing renewable energy projects.

GP: Atmosfair has been campaigning for carbon-offsets for the last 5 years. In many developed countries, there are visible changes in the individual attitudes towards sustainable living. From car-pooling to increase in train journeys, there are small self-conscious decisions that individuals are taking. Are there any statistics available to show a definite trend amongst individual travellers in Europe who are choosing to offset their green gas emissions? If so, could you please share this with our readers?

DB: Study conducted by ‘Forschungsgemeinschaft Urlaub und Reisen e.V.’ (F.U.R) and Ipsos found out that 5% of travellers already offset their flights and another 23% are planning to offset their next flight. The potential group is estimated to be about 60%.

GP: Other than for tourism purpose, people also fly for business needs. We understand that in Germany, initiatives like ‘Forum Anders Reisen’ are bringing together the travel industry to be part of the carbon-offset programs. But how are non-tourism related visits going to be accountable for? Are there any initiatives happening say e.g., from the Software industry in the world? Because of the off-shore facilities run by out-sourcing companies, there are thousands of business travellers criss-crossing continents. Do you foresee a trend amongst like-minded industries to be part of carbon-offset programs?

DB: Yes, companies are increasingly aware of the problem of business travel. But it is still a long way to go. If a company is approaching us, we first advise them to look for potentials how they can avoid business travel, e.g. through web or video conferences. We offer them reporting software which analyses their business travel, including flight, car, rail and hotel, and the related emissions. Those emissions which cannot be avoided can be offseted with us.

GP: In the recent past, cost of fuel has increased the prices of flight tickets. Do you think this will reduce the flight journeys to destinations like India? There are thoughts about airplanes like A380 could reduce the damage by increasing the carrying capacity of flights for intercontinental journeys. What do you think is the effect on green-house gas emissions?

DB: Modern airplanes are emitting less than older ones, but the increase in air travel is much bigger than the savings by modern airplanes. Therefore air travel related greenhouse gas emissions are contributing more and more to climate change. Increasing prices might keep some travellers from long-distance flights. Still we believe this won’t affect a large number of travellers. As India is not yet a destination for mass tourism, those who want to experience far away countries and such as India will continue to travel there. 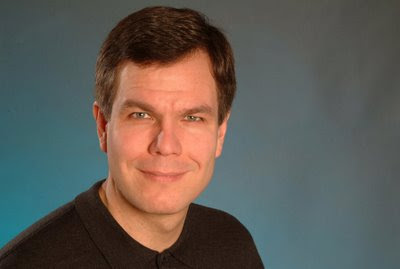 GP: Carefully managed tourism can bring in positive changes to destinations. Tourism can be a positive contributor to the economy; sometimes it can also bring in badly needed attention to local issues. (For e.g, The Blue Yonder was set up to bring in attention of the world to a sadly depleted river in India, but rich in its cultural heritage. For more than 100 individuals in less than 30 square kms along the river, Tourism is now a supplementary source of income). These benefits mostly came from international travelling (London-Kochi) that involved emitting "5240 kg CO2" per person. Would you over-look the benefits of tourism in destinations compared to the damage the flight is causing?

DB: Limiting climate warming to an extent of 2°C is our goal. Dividing the total amount of sustainable emissions by the earth’ population (i.e. equal emission rights), every person could produce about three tonnes of CO2 emissions per year. Flying from London to Kochi and back would then theoretically ban one from producing any more climate-related emissions for more than two years: The flight has namely already generated over six tonnes of CO2. However, who flies less frequently can afford such a long flight at least every 5 years and can furthermore support sustainable tourism as well as the local population.

GP: What do you think is the biggest achievement of Atmosfair since its inception?

DB: First of all, our high quality climate projects, saving emissions and bringing benefits such as jobs and improved life qualities to local communities. Also, atmosfair is now being offered in more than 11.000 travel agencies in Germany. An estimated 2 third of the population is now familiar with atmosfair.

GP: Last but not least, how often do you travel and how often by flight?

DB: Privately I never board a plane. For business trips I try to minimise the amount of air travel as much as possible. Within Germany and Europe I only travel by train and long-distance journeys rarely take place.

Dr Dietrich Brockhagen holds a master degree in physics from the University of Cologne and a doctorate in environmental economics on the European Emissions Trading scheme from the University of Paris. Starting 1997, for two years he was working in Brussels with the European Commission, DG Transport, as a national expert on the internalisation of external costs. From 1999 to 2002 he held a position as a secretary in the German Federal Environmental Ministry and was member of the German delegation and negotiator to the United Nation post Kyoto climate process.

From 2002 to 2003 he was also member of the German Advisory Council on Global Change. Between 2003 - 2004 he initiated and carried out the joint project "flying climate consciously" with the German Tour Operator Association "forum anders reisen" and the German Federal Environmental Ministry. Since 2005, Dr. Brockhagen is the executive director of atmosfair GmbH, a non-profit business offering reporting, carbon offsetting and environmental consulting for the tourism and business travel industry. Ever since, he regards the tourism industry as a vital partner to implement climate protection measures.
© The Blue Yonder 2008
Posted by GP at 13:34

Hope the 2/3 of population he mentions is about Germany and not the world ;)

Good interview. Why is your newsletter not reaching us any more?

interesting article and good interview ... we must however be
conscious of the very limited percentage (1.6%) of GHG emissions
caused by air travel, but at the same time the very high per capita
emission that it implies for those who fly. Compensating for those
emission is a positive individual move but this should not allow those who do so to relax as all human activities linked one way or the other to fossil fuel also contribute to GHG emissions ...

Carbon credits is only the "market approach" response to a much larger
problem and it will play its role but won't make the problem go away.
It may even be looked at as the desperate response by a society whose value system has totally failed.

PS: by the way, deforestation accounts for more than ten times the GHG emission due to air travel